Last night I took the rare opportunity to watch a TV show. Yes, I know, shock horror. You know how I feel about most TV shows.

A friend of mine alerted me to a 1 hour show that was on that day in which Peter Jones spent some time with two UK based entrepreneurs. He looked at their businesses, talked to them about various aspects of their lives and at several points during the show, passed his personal judgement.

I made a few observations during the show and wrote them down. Now having finished watching the show in its entirety I have a more rounded view of it.

It seems clear to me that Peter is still very much rooted in the belief systems of the old world economy. I don’t agree with his views but I can understand them given that his paradigm of business was developed long ago and is lodged deep in his subconscious mind.

In his defence his philosophy has worked for him so why would he change it?

Both Michael Acton Smith and Laura Tenison run what I call ‘enlightened workplaces’. I could also clearly see why they are successful and why they will continue to succeed in the years to come.

Let me take each of these things in turn.

They Both Run Enlightened Workplaces

I said Peter Jones is running a business paradigm based on the old world and the old economy. This was never clearer than when he was looking at the way these two entrepreneurs ran their workplace culture.

In one particular interview with Laura, Peter used the term ‘dead wood’ to describe under performing staff members.

Laura quickly corrected him by saying ‘but they are not dead wood, you just call them that’. I loved that because ‘dead wood’ is entirely a perception, entirely subjective. Could those people be positioned ineffectively?

Laura even took issue with Peter referring to the people she employs as ‘staff’. She refers to, and sees these people as her ‘team’.

She said you have to be very carefully with your language and I agree with her whole heartedly.

She understands the concept of ‘happiness is the new productivity‘.

This whole idea of people as expenses and machinery as assets is well documented as ineffective and in need of change in the life’s work of Stephen R. Covey. But even though Stephen wrote and spoke about this stuff for years, it’s still only just coming to be realised.

I doubt very much that Peter Jones reads that many business and personal development books. He might do but he just doesn’t strike me as the kind of guy who would value personal development. He’s more likely to see that as ‘touchy feeling’ or ‘whoo whoo’.

Even though Peter is only 47 (as of 2013) he is already looking to me like a business dinosaur.

You might win an argument with me on this by saying that results are the name of the game and that Peter Jones’ net worth of £475 million temporarily dwarfs my own, but I don’t feel that has anything to do with the truth.

The truth is, and there are an increasing number of examples of this, that when you setup a workplace culture that accepts, acknowledges and nurtures basic human needs, the productivity and the quality of the work from those individuals transcends to a whole new level.

If you wanted me to describe what an enlightened workplace is in as few words as possible I would say ‘freedom within boundaries’.

That means, set the outside limits, the points at which someone should not go beyond one way or the other, and then get out of their way and allow them complete freedom between those limits.

Be there to coach them, support them and help them. But recognise that they are a human being with a human brain. That qualifies them to be as creative, innovative and productive as any other human being, as long as the blocks are removed.

Crushing the human spirit by managers and supervisors exercising their formal authority is the complete opposite.

It’s not about jobsworths with big egos flexing their muscles. It’s about ‘servant leadership’ as Stephen Covey called it.

The success of Michael and Laura’s businesses is self evident.

Why They’ll Succeed In The New Economy

One thing in particular that gave me a big clue as to the business paradigm Peter Jones is running was when it came to talking about the future plans of the two businesses.

Michael said he didn’t have a five year plan and quite rightly said because being flexible and agile was key to success given the accelerating pace of business.

When Michael said that, I knew he was of the new breed of entrepreneur. He ‘gets it’.

There’s no doubt that Peter Drucker was right when he said the 21st century is going to be the age of accelerated change, overwhelming complexity and tremendous competition.

If that is true, and there’s increasing evidence to support it, then Michael’s agile business philosophy is vital.

One of my philosophy’s is this. The further into the future you plan and project, the less accurate that prediction becomes.

For example, you pretty much know what is going to happen in the next 2 seconds. You have 99% certainty of that.

But as soon as you project out say 1 day, 1 week, 1 year and 10 years, the accuracy of your prediction decreases exponentially.

The faster things change, the faster your accuracy drops towards zero.

You might know where you are now and where you want to get to (i.e. the vision and mission) but exactly how you are going to get there is anyone’s guess.

Sure, make a plan, but there are just so many variables and completely unpredictable events that will crop up and occur between now and even 1 years time. It’s far better to pay attention to what’s happening and then ask yourself how you can use what the universe has given you.

This is the process of business alchemy that is essential to success in the new economy.

Business and Life as Processes

After talking about future plans Peter repeatedly brought up the idea of selling a business for lump sums, to which neither of these new world entrepreneurs would entertain.

I was particularly inspired by Laura when she kept stopping Peter and bringing to his attention his huge assumption that her business was about the money.

Now she recognised that profitability is key, but as a measure of the businesses sustainability rather than a vehicle to grow her personal wealth.

At one point she even referred to huge personal wealth as ‘a potential hindrance’. I thought that was really funny. Not because I thought it was ridiculous but because I know what she means.

Peter sees the end game of business as selling it for some huge profit and doesn’t seem to be able to see it any other way.

Say they did sell their businesses. Peter would only then suggest they use that money to start another…. to what end?

He doesn’t see that that very behavior pattern is a process that never ends.

If a business is a vehicle that delivers value (what people want) to the marketplace (the people) then the core purpose of business is making a positive difference to the lives of it’s customers.

If you sell a business that is accomplishing goal consistently then aren’t you passing on that privilege to someone else to enjoy?

Vishen Lakhiani is one of my biggest role models. This guys is something else.

Go to his site and read his mission… to touch 1 billion lives by 2050.

That’s what it’s about. It’s about creating a mission that is so big and so purposeful that you cannot possibly achieve it in one lifetime.

Now assume you created a business designed to fulfill that mission… would you sell it? … ever?

There are just not enough expletives in the English language to adequately express the intensity of my answer to that question, and it was that very thing that was slowly infuriating me about Peter Jones’ attitude.

Many people assume just because he is wealthy and successful in the tradition sense that he also has it right, that he has the right approach, that he has all the answers. Please for your own sake don’t get sucked in by that.

He has MADE himself a personal fortune of £475 million, that’s MADE … past tense.

That money was made in a different world than what we are now in. Does that mean he is going to lose all his money? No. But I can guarantee unless he updates his paradigm his companies are going to lose market share to rival entrepreneurs that passes a spiritual power which he has not yet learnt to use. 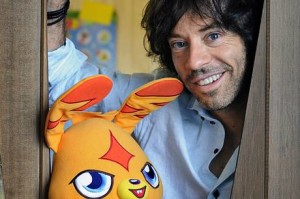 He runs Mind Candy, a web based games and entertainment company that created Moshi Monsters. It’s also an enlightened workplace.

Peter had a question about whether mixing fun with business could be potentially risky. He went to their offices in a suit but was the only one wearing such attire.

He said at one point he wasn’t sure whether he was in an office or a playground.

Michael’s goal is to make Mind Candy the number 1 entertainment company in the world for the new generation of digital natives.

Until Michael has achieved this goal, why would he consider selling for even a single second?

Peter also asked Michael if he believed he could actually achieve his vision.

I can answer that one “if he doesn’t believe it then what the hell is he still doing running the business, he should get out now!”.

Michael understands the new economy. The economy in which the buyers of the future will be the kids of today who have never and will never know a world or a culture without the Internet.

That fundamentally changes the way they will perceive all of reality. Peter can’t even see the lens through which he sees the world let alone question or change it. 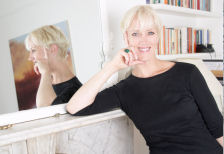 I find it no surprised that Laura got the inspiration for her business from a near death experience, which was when she had a head on car accident.

She didn’t go into details about exactly how that changed her thinking but I think we can all probably guess.

She has kept the growth of her business slow and sustainable. She believes that it’s important to take care of the people in the business.

When she finally took an investor, she chose the one who gave her the least money but the most freedom.

Because Laura understands life and business as processes that have no end point.

Peter sees money at the end when in fact it’s a means.

What is it we all ultimately want? The only thing that can be truly classed as an ‘end’?

When you follow the chain of ‘why’ you do something, you always, without exception end up at a feeling state.

So I’ll end by saying this.

Given that good feelings are what we all want, if a person is running a business that makes the team members feel good, makes it’s customers feel good which in turns makes them feel good then they have arrived.

Their only job then is to continue the process of maintaining it.