What To Do About The ECB’s Negative Interest Rate 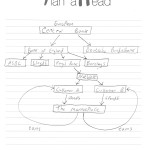 As you can tell from my unpredictable blog posts, I only post when I have something to say.

I do that because I don’t wish to participate in generating more noise online for the sake of getting attention.

I’ll get attention by building a reputation for only speaking when there’s something valuable to say.

But you’ll be the judge of ‘valuable’ no doubt :).

I’ve waited to comment on the news about the negative interest rate so that I was responding considerately rather than reacting.

Having pondered it and drawn myself a simple diagram of the banking system hierarchy in Europe here’s what I think.

Here’s the diagram I drew and will refer to. 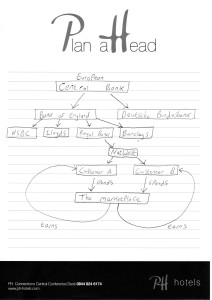 What gets my goat about the mainstream media and media in general is that they bring you news but then make no attempt to guide you as to what to do. Isn’t it supposed to be a ‘public service’, no because most media channels are profit driven businesses.

It’s very much an FYI approach which I feel only serves to keep us confused and in fear.

What Does A Negative Interest Rate Mean?

It means if a bank puts money on deposit with the European Central Bank (ECB) then instead of the ECB paying interest on that money, they are going to charge for the privilege, as if they were charging rent for psychically storing the money in a vault.

That’s of course not the case because this is the digital age, so when we say ‘put money on deposit’ it’s really just numbers moving from one computer system to another.

The idea is to discourage banks from putting money on deposit with the ECB (sending it up the hierarchy) and instead sending it downward in such a way that will stimulate the economy.

Businesses are the key here because they create jobs, which puts money in people’s pockets, which means they have more to spend.

They spend it with other businesses, those businesses grow, create more jobs and the economy grows, lovely.

The banks want to grow their money, so the ECB are encouraging them to be more open to lending money to businesses so they can invest, expand and create jobs.

This was the goal of all the money printing that has been going on in recent years. The problem is that it hasn’t worked, largely because instead of the printed money finding its way down the hierarchy to businesses, the banks sat on it in order to protect themselves from any changes in the economy.

The banks are afraid of another 2008 crash and want to have plenty of cash on hand so they don’t go bust.

That’s fine for them but all that printed money got stuck in the middle. The more they’ve printed, the more the banks have sat on it.

So in a more extreme move the ECB has instigated a negative interest rate.

Will this lead to more loans for businesses? Probably, but I have a feeling the banks do not have full confidence in many of the businesses who want to borrow money, meaning they are almost being forced to lend money to high risk customers.

You may have noticed in recent years how the criteria to get a mortgage for example has become much more strict, requiring larger and larger deposits.

Even if the banks do lend money to high risk businesses and those businesses go bust, the money will still have found it’s way into the economy. Bad for the banks perhaps but good for the average person.

Why I Don’t Think It Will Work

The bottom line I feel is that the average consumer just does not have enough confidence to increase their spending. They don’t feel the economy or the banking system is stable, or maybe they have another reason.

In any case, they don’t have confidence that if they spend more money it will be easily replaced (by their salary, which it won’t if they lost their job). So job security is an issue.

Think about it, if everyone had the confidence that their salary would continue to come in for the next 10 years, they’d happily buy a new car on a 5 year finance scheme. But if you had any suspicions about your job disappearing in the next 5 years, you’d wait to buy that new car.

So the businesses will get their loans, invest and expand, but if the demand is not there from consumers then the economy will need to contract until it matches the level of ‘real’ spending. And by real spending I mean a level of spending people feel confident with.

When an economy contracts, prices go down, that means house prices too. Once house prices fall to a level where they are within reasonable reach of more first time buyers, then the economy will naturally pick up on it’s own.

This growth after the dip will come from real demand rather than from any manipulation from the banking sector or the government.

Denial of The 2 Phase Cycle

The main reason why we are heading for a period of deflation is because the whole way the economy is being run is out of alignment with universal laws, laws of which the people in power have no knowledge of or are in denial about.

Another term to describe a universal law is ‘a principle’. Laws and principles are universal (they apply everywhere), timeless (apply all the time) and are self evident (obvious to everyone, objectively no matter what your personal opinion).

Everything in our world ebbs and flows. That’s a fundamental law of nature, a law that we arrogant humans feel often does not apply to us. 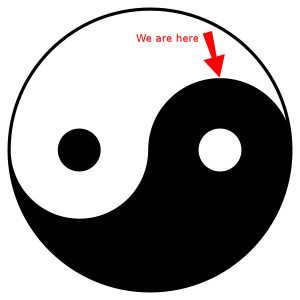 The 2008 financial crisis should have been the transition to the 2nd phase, a period of correction after a long run of expansion.

‘For every action there is an equal and opposite reaction’ is one of the fundamental laws of physics. It applies always, everywhere.

The governments and central banks have been desperately attempting to keep the expansion phase going, as if there’s some magic formula that would enable growth to continue endlessly.

That’s possible, in fact there’s a phenomena that does that, it’s called cancer. Trouble is, the growth is not endless because it eventually kills (no more growth).

Neither Phase is Good or Bad If You Obey The Laws

If you subscribe to the economic cancer approach of endless growth then the idea of an economy contracting is rather frightening.

This however is only a lack of education. Would you feel frightened if a cancerous growth got to a certain point and started contracting?

The winter does not destroy the world, even though it comes around every year. We are not afraid of the winter because we understand the cycle and we change our behaviour accordingly.

So What To Do?

Fortunately I am not the mainstream media so I’m not going to leave you hanging.

Do your own research and then decide for yourself but I personally am going to have a jolly good read of this book to get up to speed on the best ways to position myself to make money during the next cycle. I invite you to join me:

p.s. Please report any spelling mistakes, typos and grammatical errors via the contact page. Thank you.