Stephen R. Covey, I Disagree With What You Said

No one on their death bed ever wishes they had spent more time at the office. 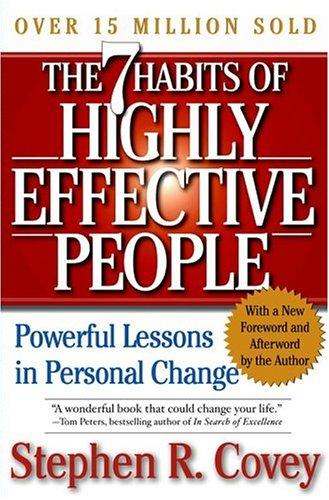 The book cover for The 7 Habits

While reading The 7 Habits of Highly Effective People for the 23rd time recently, I saw Stephen state that quote above.

It’s something I’ve heard many people say in the past and I’ve seen people quote it in their writing.

I place a high value on Stephen Covey’s work, it is some of my favorite material, so I do not take disagreement with it lightly.

When I first heard this quote, I agreed with it, it just seemed to make sense.

But as my wisdom grew I acquired a different perspective.

‘The death bed literature’ as Stephen refers to it, is the category of research that contains the responses of dying people when they were asked ‘as you look back on your life, what would you do differently?’.

According to the research ‘I wish I hadn’t worked so hard’ is one of the most popular answers.

I am writing this article to offer a suggestion as to where the real problem lies.

If you regret working so much, or ‘spending so much time at the office’, then I can only make the assumption that the work you were doing had little meaning to you or that it contributed little to the world.

Teresa and Ghandi Worked Too Hard?

Often when making these arguments, it’s at this point I think it most appropriate to give some extreme examples to illustrate the point.

The strange thing about the quote is that I have yet to discover any evidence that mother Teresa (or Ghandi for that matter) ever said anything about wishing they hadn’t worked so hard.

Their missions where their life’s work. They sacrificed everything for their work.

To bring it back to reality though, if you are working hard towards something really meaningful, towards something that is truly making a difference in the world, what are the chances of you regretting that at the end of your life?

If you did still regret it, then the underlying message from you would be ‘I wish I hadn’t made such a difference in the world’, which to me is a ridiculous notion.

So What is the Answer Then?

As ever it’s down to each of us as individuals.

We have to set our own priorities. We may chose to balance each area of our life equally, or we may give a greater proportion of our effort to one particular area ( like work and career ).

This is for the simple fact that each of us get a different amount of satisfaction from each area of life. That being the case, it would be foolish to follow someone else’s plan without thinking for ourselves.

We can take in all the external advice that we like, but there’s nothing more powerful than knowing thyself.

So go your own way and trust your own judgement.

How Do I Balance Life?

I’m fully aware of the fact that my calling completely outweighs the other areas of my life. There’s no competition.

This has not happened by accident however, it’s my conscious choice.

I turned 30 just 2 weeks ago, and reflecting back on the last 10 years, I have sacrificed an enormous amount.

There’s no one major sacrifice that I can name, but add up all the things that I have given up, the price I’ve paid for my achievement is significant.

To be honest, I’ll freely admit that the price I’ve paid so far, is higher than the achievements I’ve obtained.

Does that make me feel bad? No

Doesn’t that make me regret the sacrifices? No.

Why do I run the risk of waking up one day and realising that I’ve invested another 10 years?

Because to me, it’s worth it.

Posted in Spiritual Freedom | Tagged Books, contribution, dying, meaning, purpose, regrets, Stephen covey, the 7 habits of highly effective people
Show Your Support
If you've found this site useful, please donate to show your support.
In the last year donations have been on average £5 - £12.